Do you like Japanese Bento Box? It’s heavenly to have after a long working hour, indulge and reward yourself with a delicious lovely japanese bento box!!

A Bento is a traditional Japanese meal, sometimes translated as ‘packed lunch’ but can also be a single portion takeout or ready meal. Japanese bento boxes have become very popular around the globe due to the many bright colours and inventive ideas used in making them and they’ve come a long way since their humble beginnings, traced back as far at the 5th century.

Bento was originally a basic meal of staple products but has fast become a culinary art, with people creating extremely original and cartoon themed bentos. On the other hand, the bento popularity has meant mass-produced ready meal varieties are also available in general grocery stores and can be come in many regular food deals at the supermarket. Let’s look in more depth at the history of the bento. 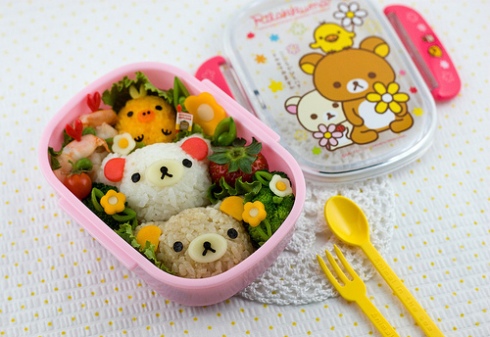 Staple of the hunter gatherer

As already mentioned, the bento can be traced back to the 5th century where it was the staple meal for Japanese hunters and fishermen whilst out working. The first bentos contained staple foods including rice or a rice and potato mixture. A far cry from the elaborate creations we see in 21st century bento boxes.

Over time, the bento developed, with the hoshi-ii or dried meal becoming a staple in the 12th century. Bento boxes could now include dried rice and fish which could be cooking through rehydration with hot or cold water. By the 16th century , a ceremonial form of the bento had been developed, presented in a ceremonial lacquered box at elegant tea parties and traditional hanami, where Japanese people would enjoy the natural beauty of flowers and cherry blossom. 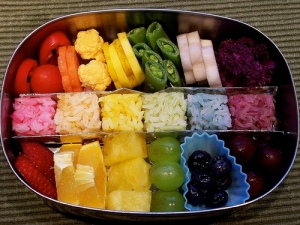 The Modern Bento: tasty and stylish

The Bento has been prevalent throughout Japanese history but its resurgence began in the 1980s with the development of microwave cooking and convenience foods. Pre-packaged pre-cooked bentos could be bought in any store and cooked in minutes.

Aside from the standard convenience ranges, the bento has been seized upon by the Japanese anime and cartoon industry, with big players including Hello Kitty with their own bento range. Elaborate ‘kyaraben’ (character bento) are extremely popular and attractive to look at, making lunch time entertaining as well as nourishing. Many leading anime characters can be found with their own bento range of skilled amateurs take up the challenge of creating their own.

So, what’s actually in a bento box?

There are a range of traditional Japanese foods that you may find in a bento. The most common is of course white rice although it is sometimes substituted for noodles. Another common ingredient, also rice based, is ongiri, or rice balls, which form the basis of any character or novelty bentos. You can get ongiri premade in a range of cute shapes and moulds. Mini yakitoris, cute little kebabs which sit comfortably on the rice are a great addition to any lunch time bento box. Nori, otherwise known as the seaweed used in sushi making is also a common feature of bento boxes, used to hold the shaped ingredients together and also for decoration. Many bento boxes will include both pickled fruit and vegetables, both very popular in Japan, sweet and sour umeboshi plums are a particular favourite and their red colour complements the white rice well. Micro vegetables are becoming common additions to the bento box as farming methods advance, smaller and smaller vegetables are developed. Minute broccoli and carrots are fast becoming the norm in the standard bento box.

Bentos are a lot of fun and a great way of enjoying your food aesthetically as well as its taste. They’ve come a long way from their traditional, functional beginnings and their cultural history makes them even more interesting to learn about. 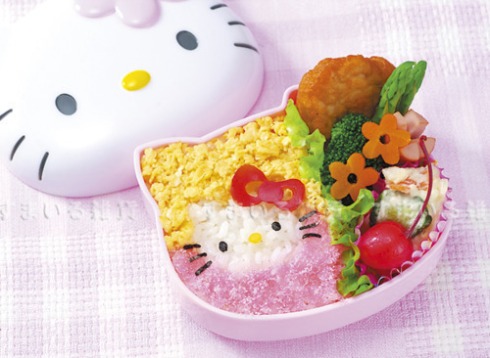